It’s not what you think.

It’s way trickier than that.

When did creating become a commodity in my life?

It’s snuck in, that’s for sure.

I used to have a musical, songwriting friend, and we would have this argument all the time…

Him: “Let’s get together and play guitars on our back porch.”

Him: “Let’s just write songs that no one has to hear.”

You see, I get this about me: I love the audience. I have been performing since I was 5, and I’ve gotten pretty good at it, and pretty used to it. With music it seemed like such a natural fit.

But then I started dabbling in writing, and wow they had these things called “Blogs” and you could publish to the world!

So I would write, and I would publish.

So much so, that writing began to equal publishing.

And sitting down to type always meant looking over my shoulder, or more accurately, “out there” to the world.

I’m not sure you can really write like that.

You’ll always pull back. Or nudge things this way or that way to make them more palatable, or more fantastic.

(Or, at least, I will always tend towards those behaviors.)

The book Writing Down the Bones is really all about this; creating a writing practice that gives you a safe space to get stuff out.

As Mick would say maybe, “empty some blood on the page…”

But I haven’t got that habit back in my life just yet. I’m still struggling. Turning the Wi-Fi off while I write is a beginning step, but it seems as if there’s another place to go that’s even more simple, more analog, more primal than this.

Don’t make me get out my pen and start writing! Hand cramps anyone?

But I know I need it. I need the place to be raw. To get at the essence of things. To mess up. To be a beautiful disaster.

Ironically, songwriting is still a bit like that for me. Somehow, I just instinctively know how to be more free in that space. Not sure why. It may be simply that it’s just more honest and true to who I am.

In some way, I think I’ve always wanted to be a writer. Books, along with music, were my constant companions when I was growing up, and regular trips to the library are some of my earliest and fondest memories. It seemed as natural as the progression of days that I would someday write a book of my own, though I wasn’t exactly sure when.

On my way to writing more prose, I learned to become a songwriter. I’d written songs off and on in my twenties and early thirties, but in 2006 I decided to really throw myself into my craft, and managed to churn out somewhere around 30 or 40 in a few years. It could’ve been more, but I did the best I could.

Now, along the way the internet happened and, as writers like Seth Godin pointed out, everything changed: the world, as far as creators went, was on its way to becoming truly flat, and we could publish to anyone anywhere (as long as you could managed to get heard over the noise).

I started a blog somewhere in 2009 or so, and launched thisisericcase.com in 2013.

In other words, I was doing the same thing as about 60 million other people.

I read all the people—Seth, Michael Hyatt, and others—who gave the proper advice on “how to blog/write/self-publish/etc, and I’ve dabbled here and there with their suggestions. Overall it’s been pretty cool to see people read my words, and occasionally have them seem to mean something to people.

I did a Strengths Assessment in 2013, when I discovered that though I have a high drive to collect information, my drive to create things—Tweets, blogs, books, songs, etc.—is not so high.

My nature works against my aspirations.

A dear, dear friend of mine told me the other day, “The truth is, I haven’t read your blog lately, because you’ve been a bit boring; I miss the times when you used to make me cry.”

They are right (this post isn’t about them; it’s about me). I’ve been a bit off. Writing doesn’t feel like the release and exercise in self-expression that it should be.

I guess I’m better at producing quantity, but it feels like more of a chore now.

This space is supposed to be about “Faith, Creativity, and Collaborative Leadership”. Lately, it seems that whatever is happening to me faith-wise is too subtle to name and describe (or that it’s simply to “small” and boring to relate). Creatively, I feel a little bit lost, as I’m in an “in between”. It seems that I’m slowly leaving music behind, but there’s really not anything else yet. There are sporadic sermons and Sunday creative endeavors, but not nearly enough to be engaging, and the books and blog posts… well, we’ve been through that haven’t we?

As far as leadership goes… hmmmmm… I feel less like a “leader” than ever. Someone once said that if you call yourself a leader but no one is following you, you’re just going for a walk.

I can name dozens and dozens of men and women who are infinitely better leaders than I am, and mostly I’m left treading water to try and just “get things done” and see one or two people occasionally take steps to following Jesus more closely.

So what’s the point? Nothing really. It may be just an effort to write my “word quota” for the day/week.

I suppose I’ll get up tomorrow and write again. 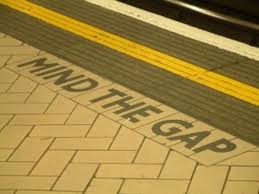 I got my first electric guitar, a Fender Musicmaster (with a silverfaced Fender Champ) around 1981 or 82, I think. For the next three or four years, spent 2 to 3 hours a day trying to learn songs off of a few key records that I had, including:

Let me try to paint a picture of this process for you. Because there was no iTunes or YouTube, all this woodshedding had to be done physically.

Drop the needle (or maybe, if you were lucky, hit play on the cassette player).

Listen, try to play along (God help you if they weren’t perfectly in tune).

I think one of the main differences, creatively speaking, between this era and the 60s-80s, is something I call, “The Gap.” Basically, “The Gap” is that mysterious place between what I heard coming out of the speakers and what my fingers produced. The gap used to be large, because technology and information didn’t exist for you to know exactly what Jimmy Page, or The Edge, or Alex Lifeson was playing.

So you had to make a creative decision for yourself.

And that creative decision, made inside “The Gap” would lead to new discoveries, new approaches, new thoughts about your instrument.

The thing is, today “The Gap”, at least in the context of learning songs is almost nonexistent. You can dial up on YouTube, or a myriad of web pages, just about every single bit of information about a musician:

“The Gap”—the place of mystery and creativity—has shrunk, at least for learning music.

But that doesn’t mean it’s disappeared.

If you’re doing creative work: learning an instrument, writing, simply coming up with new ideas, you must find “The Gap” in your life.