As much as I’ve enjoyed writing (and thanks to all of you who have encouraged me), I need to remember that this Advent will not fix me.

I can think of Advent as a tool, something that is useful for me, but the in and of itself the tool will not fix me.

I can read my Advent devotional, and go on and on about the church calendar, and better Bible interpretation, and better theology…

But none of that will fix me.

I can pick up all the tools of spiritual transformation, but if my heart is not willingly surrendered, they won’t work, at least that much.

Before all the tools, I have to acknowledge—as deeply as I can, on a soul-level—that there is no way that I can fix myself.

Though I pick up the tools, I must remember that it is God’s Spirit that fixes me, shapes me, molds me.

Lately, I’ve been saying repeatedly, “Grace isn’t about getting us into heaven; it’s everything.”

In doing that, we turn it into something exclusive. Something that is about figuring out who is in and who is out.

Do they have the secret handshake?

Have they passed the Jesus quiz? (psssst for Jesus, the answer is always “all of the above”).

Do they have the right credentials?

But grace is simply (and infinitely more explosively) “define favor”. It is everything: our gifts, our talents, our resources, our friends, our family.

“Grace” says that everything we have is a gift.

It’s not about a club. It’s about a gift, a resource for dealing with life.

One of my favorite quotes on grace (and faith and Christianity) comes from theologian Bob Tuttle. He says,

I’m into Jesus Christ for one reason and one reason alone: faith and trust in Jesus is the only way I know how to access the power of the Holy Spirit that enables me to overcome the things that would attempt to swallow me whole.

In this sense, “grace” is synonymous with the Holy Spirit.

This is a “real-world” spirituality. It’s not about a club (unless it’s a club of the broken-hearted); it’s about growth and transformation. 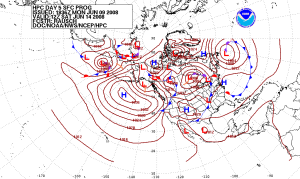 A couple of my favorite “odd” history books were written by a guy named Erik Durschmied. One was called The Hinge Factor: How Chance and Stupidity Have Changed History. The other book was called The Weather Factor: How Nature Has Changed History. Both were about how seemingly “unrelated things” (random chance or weather patterns) can forever and unalterably change the course of history.

Before Jesus is crucified, he tells his followers that he is going to send them another “counselor” who will help them in a variety of ways (John 14-15). He’s talking here about the Holy Spirit, who comes in fantastic power in Acts 2, and at that point takes up residence in God’s people (the church). If you read Acts, and even most of Paul, you find that the Holy Spirit is really the thing for us today. It’s the presence of Jesus with us (and in us!), and is the power for the church to achieve his work in the world.

When the Spirit is at work in our lives, we are able to see more, be more, and do more than we would otherwise. As Paul says, this is the same power that raised Jesus from the dead.

Sadly, it seems that most of us don’t even approach that level of power and freedom in our lives. Instead, we limp around in our sins, content to screw up, confess, and repent, and wonder when (or better yet, if) we will ever “get better” and be able to live a life that we see occasionally in the New Testament: a life that can suffer gracefully, that can forgive lavishly, that can give freely, that can dream radically.

Where do we start to get that kind of life?

Recently, I heard a professor give this metaphor.

One of the Biblical images (and words) for the Spirit is “wind” (Hebrew ruach). Now, Wind has a pretty peculiar, but somewhat predictable, behavior. Weather systems are made up of “high pressure” and “low pressure” systems; these variable levels of pressure force weather and wind around the environment in a constantly moving and evolving system.

Weather, or “wind”, always flows from “high pressure to “low pressure. The absence of volume, or pressure causes air to flow—sometimes quite intensely—into the area of low pressure.

If you want the wind to flow into your life, you have to create a low pressure atmosphere in your life.

So, what creates low pressure atmosphere?

You have to get rid of what’s occupying the space.

You have to get rid of yourself.

Self—our ego, our preoccupations, our demands, our agendas, etc., etc.—keeps our lives in a “high pressure situation.” There’s simply no room for the Spirit to come in.

This is repentance on a whole different level.

This a willing abandonment of our need for security, esteem, approval, and anything else apart from God.

Repent? Yes. Absolutely, but make sure your repentance involves an abandonment of your ego, and your demand to have your way in the world.

Then the wind can come in. Then the Spirit flows in. It’s as if God says, Finally, this is something—someone—I can work with.

Here’s what you must know first: I really, really like Indian food. 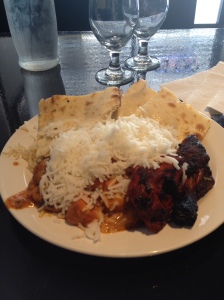 So when a buddy of mine forgot about a lunch appointment we were supposed to have at an Indian restaurant in town, I wasn’t about to shrug my shoulders and say, “Oh well, guess I should go on back to my office.”

No way. I was going to stay and enjoy that lunch buffet.

While I sat and enjoyed my tandoori chicken and naan, I started reading a book by one of my favorite authors: Future Perfect by Steven Johnson. Johnson perfectly fits my idea of interesting reading: his work is multi-disciplinary, makes unexpected connections, and is built around what makes ideas great and compelling.

He starts off the book by telling the story of US Airways flight 1549, the “Miracle on the Hudson,” when Captain Chesley “Sully” Sullenberger managed to successfully land a damaged airplane on the Hudson river in New York with all 155 passengers safe. Though it was truly an amazing act of piloting, and “Sully” made a great hero—humble and relatively quiet, and committed to being good at his vocation—Johnson goes deeper behind the story.

You see, Sullenberger (and flight 1549) was indeed a talented and composed pilot. But, as Johnson points out, there was a lot more going on here than just Sully’s grace under pressure. Actually, Sulllenberger’s actions on that morning were the culmination of decades of research and behind-the-scenes engineering, all of which enabled the pilot to make the “in the moment” decisions that saved those passengers lives.

(Hint: it was all about chicken guns and fly-by-wire technology.)

This just in: none of those engineers were being interviewed on cable news shows.

Instead, decades of men and women simply went to work and thought about little ways to make flight better and safer.

And then when it mattered, it all came together.

Are they any less heroes?

There’s an assumption that the one with the most “face time” is the hero. They are the ones who have done all the right things in order to make things happen (or make things not happen, as the case may be). These heroic mean and women—even truly humble ones like Sullenberger—are celebrated as “just-a-bit-better-than-everyone-else” people.

But are those nameless engineers and manufacturers any less responsible for those 155 passengers still being alive?

Sullenberger is definitely a “hero”, but he is not the only one. Little decisions and efforts get made over months and years and decades that put people like him in position to win.

Sometimes people of faith get hung up on the “super disciples” around us. Whether it’s people from the Bible (like Peter, Paul, or John), or other really, really good people we’ve heard about (like Mother Theresa, or Billy Graham, or Desmond Tutu), it’s easy to get caught up in their stories, or in their charismatic personalities.

Maybe, if you’re anything like me, it’s even tempting to somehow start thinking that somehow they got an “extra dose” of God’s Spirit, something that’s allowed them to do the things they did and think the thoughts they did.

Sure Paul looms large in the Bible. But if you just read his letters you know he didn’t do it alone: that he traveled with people, and had key helpers with him as he did his ministry. Some of their names ended up in our pages (Priscilla and Aquila, Junia, Tychicus [my favorite]), but a lot of them probably didn’t.

Yet they were with Paul. Helping. Doing the work when he had moved on to other cities. Some of them may have even had preliminary conversations with their communities before Paul got there, so that they would have context for what he was talking about.

In other words, they help “set the table” so that Paul could succeed.

What are their names?

I have no idea.

But they absolutely made a difference.

And they are absolutely heroes.

Sometimes the person that gets the most prominent billing is not the only one responsible for the victory, or for averting a disaster. Sometimes there’s another story that is just as critical, just as important to the success as the decisions that are made in the moment.

The point that I’m trying to make is that when faith becomes “big business”, and when we become exposed to all of the gifted and talented Christian teachers, preachers, writers, musicians, etc., etc., we can allow this thought to enter our head that says that somehow they are “just a little bit more” than us. They are Christians, but moreso: somehow they got that extra dose of the Spirit.

That’s simply not true. Paul writes in Romans 8 that the same power that raised Jesus from the dead lives in us: the church.

That means everyone has the same spirit. We may all be at different parts of our journey, and we all have different gifts, but we should never assume that the man or woman doing all the interviews is the “most gifted”, or the only hero.

We are all heroes.

And this David Bowie song.