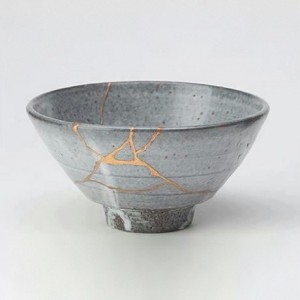 It’s already been an interesting Thanksgiving/Advent season. I’ve experienced two losses in my world: one in my extended family and one in my community here in Tallahassee. Maybe I’ll write more on that later, but suffice it to say for now that my journey towards Christmas 2014 is, for now, marked with a certain sobriety and even somber-ness.

My family spent the holiday weekend in Memphis; on Saturday night we decided to go to church together (since, because of my vocation, we rarely get to sit in a whole gathering as a family).

So we jumped in our car and drove to a United Methodist Church in Memphis that had a Saturday evening gathering. Because it was (a) the south, and (b) rivalry weekend (the gathering was pretty much overlapping the end of the Florida/Florida State game and the beginning of Auburn/Alabama) there really weren’t many people there.

The worship team did their job (sort of, but more on that later), and the preacher got up to speak.

Frankly, I heard some pretty profound things, but it really didn’t have much to do with him.

At one point, the preacher read from one of my all-time most influential authors, Brennan Manning. Here’s what he read:

“I believe that among the countless number of people standing in front of the throne and in front of the Lamb, dressed in white robes and holding palms in their hands (see Revelation 7:9), I shall see the prostitute from the Kit-Kat Ranch in Carson City, Nevada, who tearfully told me that she could find no other employment to support her two-year-old son. I shall see the woman who had an abortion and is haunted by guilt and remorse but did the best she could faced with grueling alternatives; the businessman besieged with debt who sold his integrity in a series of desperate transactions; the insecure clergyman addicted to being liked, who never challenged his people from the pulpit and longed for unconditional love; the sexually abused teen molested by his father and now selling his body on the street, who, as he falls asleep each night after his last ‘trick’, whispers the name of the unknown God he learned about in Sunday school.

Then the voice says, ‘They have washed their robes and have made them white in the blood of the Lamb.’

There they are. There *we* are – the multitude who so wanted to be faithful, who at times got defeated, soiled by life, and bested by trials, wearing the bloodied garments of life’s tribulations, but through it all clung to faith.

My friends, if this is not good news to you, you have never understood the gospel of grace.” (Ragamuffin Gospel)

In that quote, something got triggered inside of me, particularly in the “insecure clergyman addicted to being liked” part.

Because, in so many ways, that’s me.

I am addicted to being liked, and to being perfect (at least in my own mind), and that addiction—and the fear behind it—has been holding me back.

It’s been holding me back from things that God wants to do in me and, I believe, through me.

In that moment, I sensed God saying to me, “You’ll never be perfect, Eric, and I don’t expect you to. In fact, I have never expected you to be perfect; that’s something from inside you, not me. Set yourself free from this expectation, and just move forward with the realization that you will be simply who you will be. Imperfect and broken, but trying; it will be okay.”

Now, lightning didn’t strike or anything, but this was pretty profound, and it happened in an instant. It was certainly food for thought, and I am still working out the implications.

But that’s a good thing to hear, and also a good thing for all of us to remember: God is not surprised by our imperfections or our brokenness. We can/will never be perfect parents,

I guess that just means we are left with being human: which is the beginning of something pretty special.

3 thoughts on “This Just In: I’m Not Perfect”