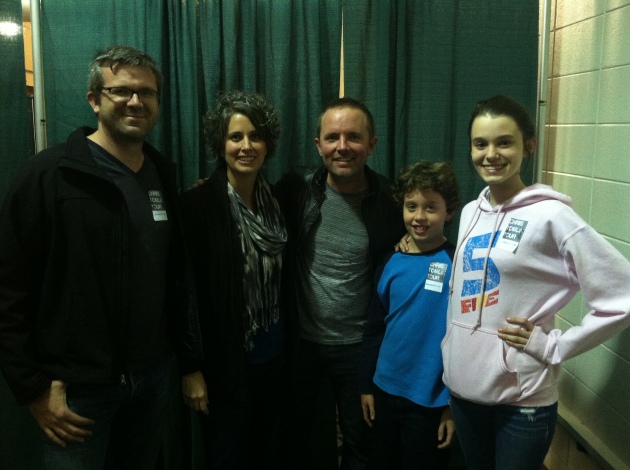 Since I began my sabbatical a few weeks ago, my family and I have been attending a neighborhood church. The experience has been refreshing, most of all because I am getting to experience worship again as, well, a worshiper.

As we prepared to worship, I was trying to grasp onto the culture there: How many songs would there be? Would people raise their hands?

Most of all, I was wondering, Would I know the songs?

Refreshingly, they played a couple that I was familiar with. E3 has been doing  “Our God” for around a year, and I’ve sung “Revelation Song” here and there.

As a church leader, it provoked my thinking in some interesting ways.

Seemingly opposed to this has been the national flattening and “Walmartization” of the Christian music. Just like the broader culture, a few select companies are dominating the national landscape, and consequently drowning out vital local expressions of music and art. Rather than attempting to unleash the creativity that surely lurks somewhere inside their own body, churches seem more content to turn to Chris Tomlin and David Crowder, Hillsong and Lifeway to provide them with the “freedom songs” that we all sing on Sunday. I resonate with Thomas Merton when he writes, “There can be an intense egoism in following everybody else. People are in a hurry to magnify themselves by imitating what is popular—and too lazy to think of anything better.”

However, I’m wondering if there’s not another dynamic to consider…

In my opinion, liturgical worship has many different benefits including the idea that wherever a believer goes in the world, the liturgy is the same. She can engage immediately in worship, no matter whether she is at her home community or halfway round the world.

In the interest of creativity, is it possible for a local church to become too insular, so that its musical worship is only intelligible and accessible to its immediate community?

Should a church maintain an eye towards global expression—the “Big C” Church—when it prepares on Sunday?

And, given that the most evangelical, non-denominational churches don’t employ the liturgy, should we embrace that the “Big Three” (Tomlin, Crowder, Hillsong) are, in fact, as close as we can get to a common worship language?

I don’t advocate picking songs based on the iTunes worship charts (I actually freelanced at a church that did that—quite distasteful), but as a worshiper who had come from another community, I can tell you that I appreciated the fact that I “understood the language” of this church (they also used the Lord’s Prayer and a couple familiar liturgical elements).

I also don’t think the local church should shy away from fresh songs and creative diversity; however, I think we should maintain a certain eye towards both the transient nature of our culture and the global expression of our faith.

Anyone have any thoughts?

7 thoughts on “… In Which Eric Embraces Chris Tomlin”