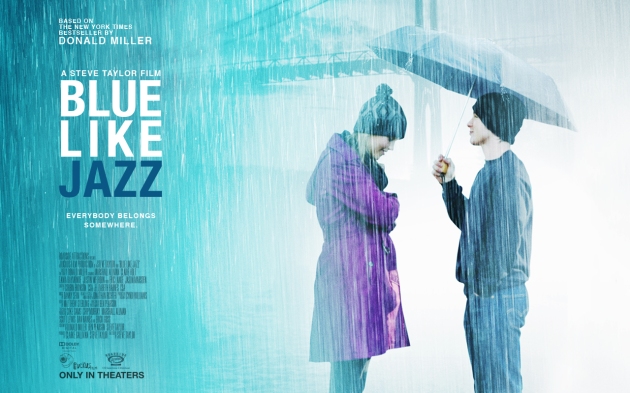 Tonight, my church sponsored a showing of Blue Like Jazz. Amazon describes the book this way:

In Donald Miller’s early years, he was vaguely familiar with a distant God. But when he came to know Jesus Christ, he pursued the Christian life with great zeal. Within a few years he had a successful ministry that ultimately left him feeling empty, burned out, and, once again, far away from God. In this intimate, soul-searching account, Miller describes his remarkable journey back to a culturally relevant, infinitely loving God.

For anyone wondering if the Christian faith is still relevant in a postmodern culture.

For anyone thirsting for a genuine encounter with a God who is real.

For anyone yearning for a renewed sense of passion in  life.

Blue Like Jazz is a fresh and original perspective on life, love, and redemption.

The movie was really well-done, but to be honest, the book never held the power for me that it had for others (I have my suspicions why, but I’ll keep those to myself for now).

As Miller re-embraces his faith, a few things struck me as important in his (and maybe your) journey: